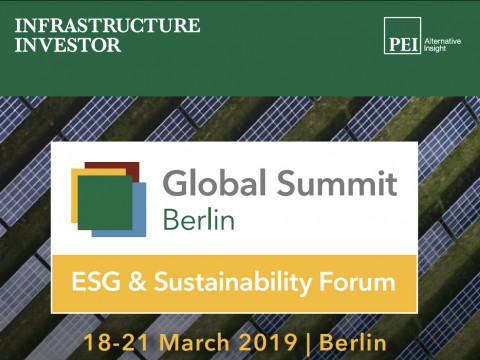 In Berlin, members of City Development Fund will be agreeing on attracting foreign investments to Ukraine. The world’s largest infrastructure investor summit – The Global Summit opened on March 18, 2019 in Berlin. It is a four-day event. Over two thousand State Structures senior representatives, mayors from cities around the world, the most influential practitioners of the infrastructure industry, more than 500 institutional investors and fund managers, whose total capital amounts to a trillion dollars, are to attend the summit. The participants are establishing business relationships and, based on the best worldwide experience, practically form the future of the infrastructure industry for the next year.
This year, representatives from Ukraine – Chairman of the Board of the Public Organisation City Development Fund, Volodymyr Pirus, and a member of the Board of the City Development Fund, Chairman of the Board of Ukrainian PPP Development Support Center, PhD in economics, Iryna Zapatrina, are also taking part in the world forum. In fact, Iryna Zapatrina will be one of the speakers at the Global Summit.
According to Volodymyr Pirus, City Development Fund has developed projects worth of nearly 70 million dollars, has found private investors who initiated and are willing to invest this amount in the development of infrastructure of the cities. Search for partners and investors for future projects is ongoing.
In the view of the chairman, the main paradox lies in the fact that public-private partnership, that, thanks to the private investments, is an engine of the smart cities creation and of the radical enhancing of the citizens’ living conditions, for some reason, is highly underestimated. Therefore, the principal task for the members of City Development Fund, by participating in this summit, is to initiate contacts with potential investors and to attract foreign assets to Ukrainian economy. In doing so, the chairman declares that we shouldn’t be asking but rather selling our opportunities and prospects to the investors in such way, to make it interesting for them to invest money in the Ukrainian economy and infrastructure projects.